I was watching an A’s /Twins game from 1988 on YooToob and it was a blast from the past and a chopped up line in the bathroom of nostalgia. Bob Welch was on the hill for the good guys and it was sort of sad to see him facing Kirby Puckett as both shuffled off this mortal coil way too soon. I was enjoying the game and settling in, but I was distracted by all the shirtless guys, carrying their wax cups full of Budweiser, happily fluttering around in the crowd like social butterflies with blindingly glistened oil-soaked bodies and Tom Cruise approved knockoff Ray-Bans.

When did it become socially acceptable for guys to walk around shirtless at the ballpark in the ’80s? I’ve seen this sort of exhibitionism in many 80’s movies, (maybe it was because gay culture was influencing the mainstream on the down-low, hence the straight guy mustache trend of the era which made baseball players look like leather daddies and was a disco-hangover) but was it art imitating life or vice versa? Although the apotheosis of shirtless guy movies, Magic Mike, came out in 2012, it still didn’t inspire a vomit-inducing public movement. Guys in the 2000’s just decided it was better to leave their shirts on. I’m not saying an individual should wear a suit and tie à la the 1920’s Babe Ruth era, but please leave the “beach bod” (which isn’t always the case) at the beach. It’s goddamn distracting as most of the time the person committing the atrocity looks less like Arnold and more like he was squeezed out of a tube. Is this is a California thing or an 80’s thing? Inquiring minds want to know.

It’s (the day before) opening day and you would like to watch your favorite team, but you can’t due to blackouts. Bummer. Here’s the biggest misconception about MLB blackouts–teams are not blacking out games to make you go to the stadium, they are doing it to ensure they don’t piss off the regional sports networks, which are established cash cows to the tune of 2.1 billion. Like most of you, I couldn’t care less about what billionaire has the biggest dick and just want to watch my local team. Here is a gift for the dedicated readers of this site: (all 10 of you) simply click on Alfred E. Newman’s face to the upper right (or at the bottom if you are reading this on a phone) and free baseball! Burn it all down! Fuck Rob Manfred! Destroy the system! …Although you’ll probably want to *ahem* return tomorrow since there are no games today. 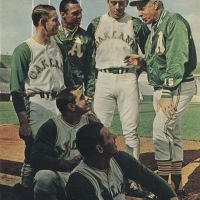 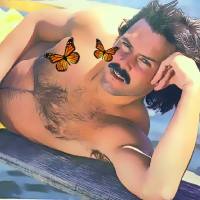