What are your thoughts on Charlie Finley?

He was a great man.

The 70’s Oakland Athletics were known for their brawls with team-mates in the clubhouse. Were you ever involved?

Mark Ellis broke your record for most homers by a second baseman in club history-were you disappointed?

I wasn’t disappointed, Mark is a terrific person and a great ballplayer.

Hal McRae and Johnny Bench had some vicious slides against you in the 1972 World Series. What are your thoughts?

They were clean hits. 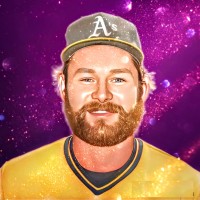