“To me, the golden era of baseball is whenever you were 12 years old.” –John Thorn

Lazy Sunday. There were men outside my house audibly cutting a tree into pot belly stove-sized pieces and annoying me in the process. The massive tree had fallen in the night, destroying 3 cars, and almost killing a neighbor who was standing nearby, which must have been quite tempting to the tree. She ended up going to the hospital with only minor head wounds and escaping relatively unscathed. What better way was there to toast the cruel, cold universe and its magnificent indifference for a fleshy speck in the cosmos than by cracking open some cheap, tasteless beer, scarfing down some pretzels, and watching a ball game?

Since the latest incarnation of the Oakland Athletics has stumbled through the throes of helplessness and confusion, and could possibly be the worst in team history. (challenging the 1979 team–who went 54-108–a distressing cross to bear) I decided to take a pass on that dumpster fire and sashay down memory lane, instead choosing to embrace a time when a young boy’s love for the game was genuinely all-encompassing and untarnished. The talisman from the past with horrible picture quality and incipiently watched in a room with cheap wood-grain paneling? A’s vs Tigers, May 3rd, 1987.

This was an afternoon game where every fly ball was an adventure with fielders losing their regular big-league swagger and desperately shielding their eyes while staring into the blistering light-blue void…completely helpless. The A’s end up scoring twice–once on a manufactured run that started with a Ron Cey single (“Stan Javier pinch runs for Cey, and The Penguin waddles off the field.”) and the second on a Canseco bomb to left-center that scattered a sea of shirtless, oiled, and clearly intoxicated sunbathers who fell over themselves while inadvertently knocking over their buzzing radios and wax cups of beer.

Well, yours truly has finally been published…actual ink on paper. Albeit, it’s just one short story in an anthology of 100’s, but I’m still pretty excited to have a tangible piece of evidence documenting my madness, and even more elated that I didn’t have to deal with agents or manuscripts–no song and dance–in order for this to be actualized.

Backyards to Ballparks has a simple concept behind it, asking authors, “What is your favorite memory connected to baseball?” The stories are all different, but the heart and soul of the book are the same. What these “distilled snippets” all have in common is that tribute as to why baseball remains the American pastime–how it connects friends, families, and communities. These memories, often more human interest than play-of-game in nature, all have baseball as a setting, but speak to how The Great Game provides joy and anguish, nourishes family traditions, creates friendships, and can profoundly affect the ambrosia of the mind. 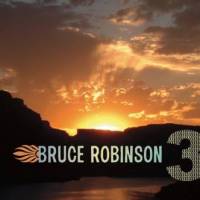 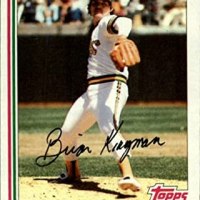