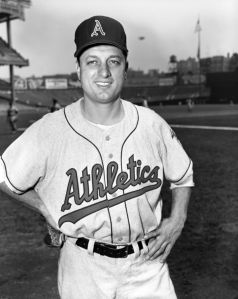 Lasorda pitched for the Philadelphia Athletics in 1956, a lifetime before the SlimFast commercials.

Like most non-Dodgers fans, I was hard wired to detest Tommy Lasorda growing up–specifically because his Dodgers defeated the ’88 Oakland ball-club for the World Series title, a team that was the (still) adored childhood entry point for my current baseball obsession. Tommy and his Dodgers introduced me to the heartbreak that only baseball could bring and in turn dulls your hardball spirit each year with consecutive disappointment– a vital learning lesson on this mortal coil that you must shake off the dark moments, realize pain is a part of life and proceed with an open mind and an open heart while you deal with it and get on with it.

Of course, as I got older I had learned to appreciate the larger than life paisan as a great ambassador with a wicked tongue and a great baseball mind. Often interesting was how he crafted the masterful friction between his foul-mouthed, devil-may-care, volatile attitude and the tenderness (although Dave Kingman and Kurt Bevacqua may disagree) he offered his players and adoring fans. We came to love this Italian boy weaned from a hard-scrabbled existence and a distant and foreign era in hardball history, a time when sports figures weren’t concerned with the avatar of virtuousness so much as when they could sneak in a beer or three.

In the Summer of 2014 I was attending Dodgers games quite often as I lived fairly close to Dodger Stadium. One day my girlfriend’s brother–who had on a lark brought binoculars–pointed out that Lasorda was in his typical seat behind home plate dozing off. We checked on him every inning or so out of humorous curiosity and, sure enough, Tommy was still in slumber with nary a stir even with a rise in excitement from the crowd. From then on when we attended a game we would bet a hotdog or a beer on what inning Lasorda would decide to visit slumber land with the smart bet being most often than not the 5th. 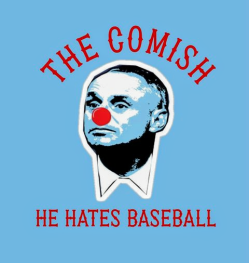